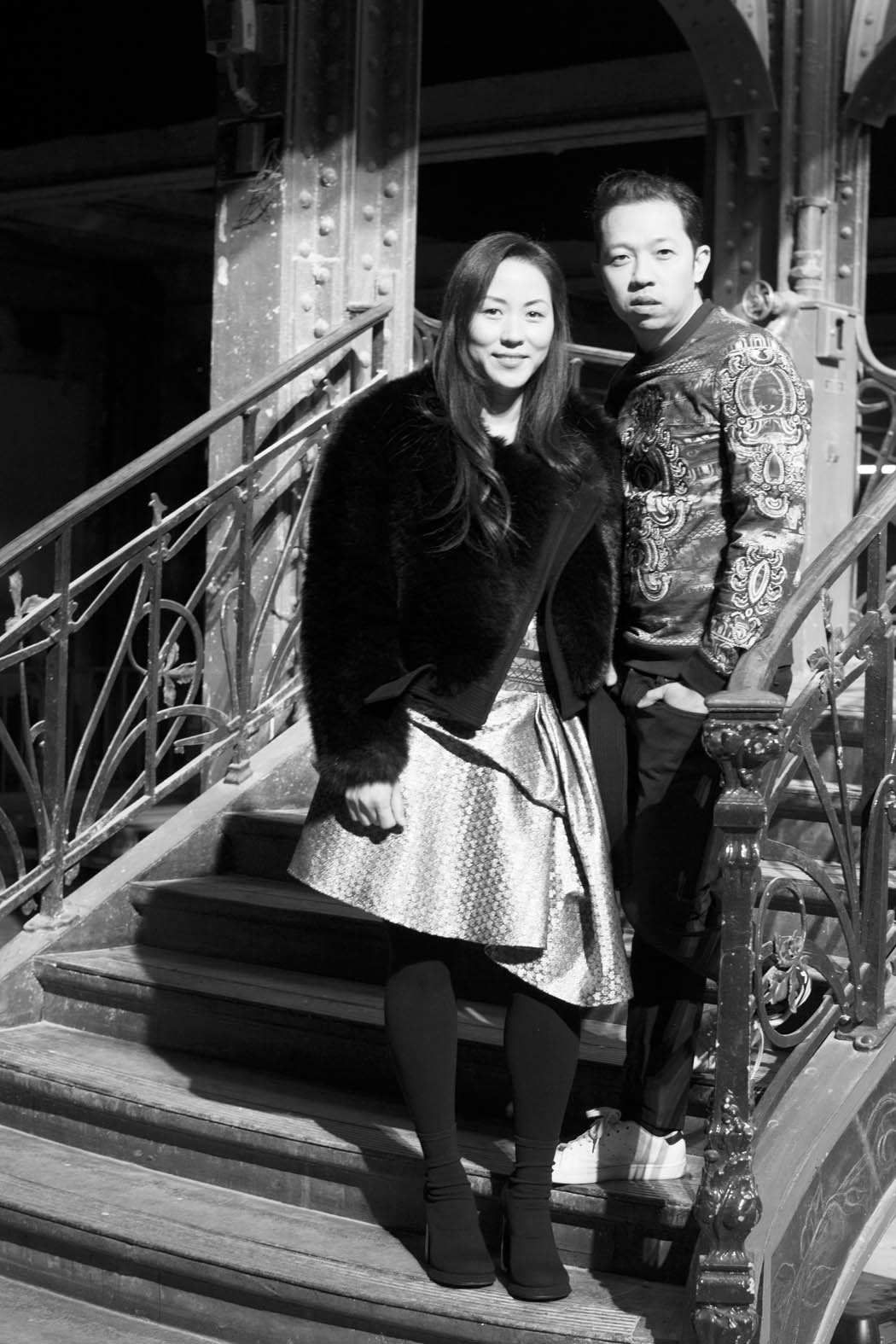 Carol Lim and Humberto Leon are the quintessential fashion success story.  Since starting Opening Ceremony in 2002, they have gone on to collaborate with celebrities, artists, directors, and since having taken the helm at Kenzo, have quickly reinvigorated the Parisian house in a way rarely seen, even in an industry full of reinvention.  Now approaching their third year at Kenzo, Gravure catches up with them.

Gravure: How do you keep your ideas and the creative dialogue fresh?

Carol & Humberto: Now that we’re working on both KENZO and Opening Ceremony, we have two brands that we are channeling our creativity into. We’re still interested in evolving both brands as much as possible – with our own personal lives and with all the travelling we do, the exhibitions we visit, the new restaurants we discover, there’s so much inspiration that it’s not as hard as one may think.

Gravure: You’ve moved from downtown purveyors of cool fashion to an established Parisian-based house. How has this influenced your point of view?

Gravure: You are self-professed story tellers. What is the Kenzo story and how is your telling of it different than what has been said before?

C & H: Kenzo Takada’s story is that of democratic, high spirited, fun, beautiful clothing. We’re telling the same story but incorporating the digital 21st century aspect. It’s important for us to modernize the brand with an aim of maintaining the curiosity of the original fans of KENZO as well as opening up the eyes of a new generation to the world of this brand that has such a rich history.

Gravure: You started your first venture, Opening Ceremony, on a shoe string budget, enlisting your mothers to help you make your first collection. How do you keep that independent spirit alive working at a huge conglomerate such as LVMH?

C & H: Opening Ceremony is our own personal project – we’ve always been very mindful of everything that happens at Opening Ceremony as something that is an extension of ourselves. When it comes to KENZO we treat the brand in essentially the same way. We like to be involved from the ground up and are involved in all aspects of the company from digital, to advertising, to merchandising, etc. It’s important to know the commercial aspects as well as the design aspects. Without one it’s hard to make the other viable.

C & H: To us, fashion transcends time and simply updates itself according to the feeling and cultural sentiment of the time. If you look back through old magazines, journals, paintings, and historical documents, fashion is the most identifiable representative of each moment of time. Usually updated due to technical developments (dyeing, Velcro, technical fabrics, etc.) it’s hard to say where we will be in the next era. We’re very, very curious to see what the future holds!

Gravure: You are known for your unfettered creativity, yet your ventures have all been highly profitable. What’s the relationship between creativity and commerce in your work?

C & H: Creativity and commerce are not words that are mutually exclusive. We are of the belief that people want to feel part of something new, creative and interesting. It’s for this reason we want people to understand what we’re doing at KENZO is making three things a priority – creativity, quality and price. It’s important that the girl or guy who walks into a store can find something that they know has been created by a talented designer and that they can still afford.

Gravure: You have shifted the price point of Kenzo, a luxury brand, to be more accessible. With this in mind, how do you define luxury?

C & H: Luxury has many many definitions and is a completely subjective term.  We would define it as being able to spend time with our family and friends.

Gravure: You’ve tapped so many areas of pop culture: cartoon characters, film directors and stars, fine artists, pop divas, child actors, and even other retailers. Is there anything you won’t do?

Gravure: In your advertising for Kenzo, you have worked with iconic, legendary artists like Jean-Paul Goude and the creative team behind ToiletPaper. If you could collaborate with any artist, pop culture figure, etc., living or dead, who would it be?

C & H: We have so many people we would love to collaborate with. The list goes on and on…. Grace Jones, Guy Bourdin, Andy Warhol, Herb Ritts… Everyone who really believed in having their own identity and weren’t afraid to try new things.

Gravure: Your ad campaign draws heavily on Asian pop culture – it features acclaimed Japanese actress, Rinko Kikuchi, a kawaii cat straight out of a Japanese internet meme, and a dog dyed as a tiger, the latest craze in China. Was this a conscious decision in creating the campaign? How does contemporary Asian pop culture play to and factor into the Kenzo brand?

C & H: We’re both of Asian descent, Carol is Korean and I’m part Chinese and we’re the Creative Directors at KENZO, which was founded by a Japanese designer. We love Asia and its incredible and varied histories, rites and traditions, we love how many of the different countries embrace technology before many of their occidental counterparts. We love the food, we love their fascination with the aesthetic. We are however and do remain Americans who live and work in New York and Paris. It’s important that the combination of these elements are represented. We want the woman in California to feel as excited about a KENZO dress as a woman in Athens and a man in Seoul as eager to wear KENZO as the student in London.

Gravure: You have covered the whole pop culture media spectrum through the lens of fashion. Are there any other areas you could see yourself branching into, such as media, design, film, etc.?

C & H: Right now we’re focusing all of our efforts into the fashion elements of our lives, but who knows what technological outlets may come into our sights soon.